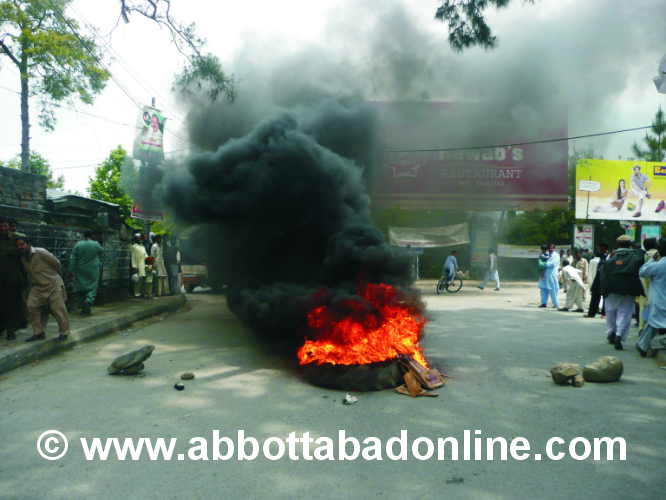 Hazara Province (The Voice of Hazara) or movement of started more than 25 years, and a movement satred in 1987 by the late Malik Asif Advocate, as “Hazara Qaumi Mahaz (HQM)”  Later a large number of people from Hazara joined for raising a demand for a separate  province for people of Hazara.

This movement gain momentum on April 2010, when it was announced that through an amendment  in the Constitution, the rename of NWFP to ‘Khyber Pakhtunkhwa’ and wide protest started in entire hazara region including Abbottabad, Haripur, Mansehra, Battagram, and Kohistan.
The Leader of Hazara Province movement Baba Haider Zaman then announced a wheel jam strike in entire Hazara division. Then local administration called a large numbers of Police force from different cities including Peshawar, Bannu, Mardan etc. Then Police started firing directly to the people and seven innocent people were died and more than hundred were hurt or injured during the rallies and protest all over Hazara region.and large number of protest started in entire Hazara region for an independent province for people of Hazara. Later on Baba Haider Zaman registered a Tehreek e sooba Hazara as a political party to protect the demands of seperate province for people of Hazara and resolve the issues of people of Hazara.